In conversation with Justin Tranter, the remarkable hitmaker and activist. 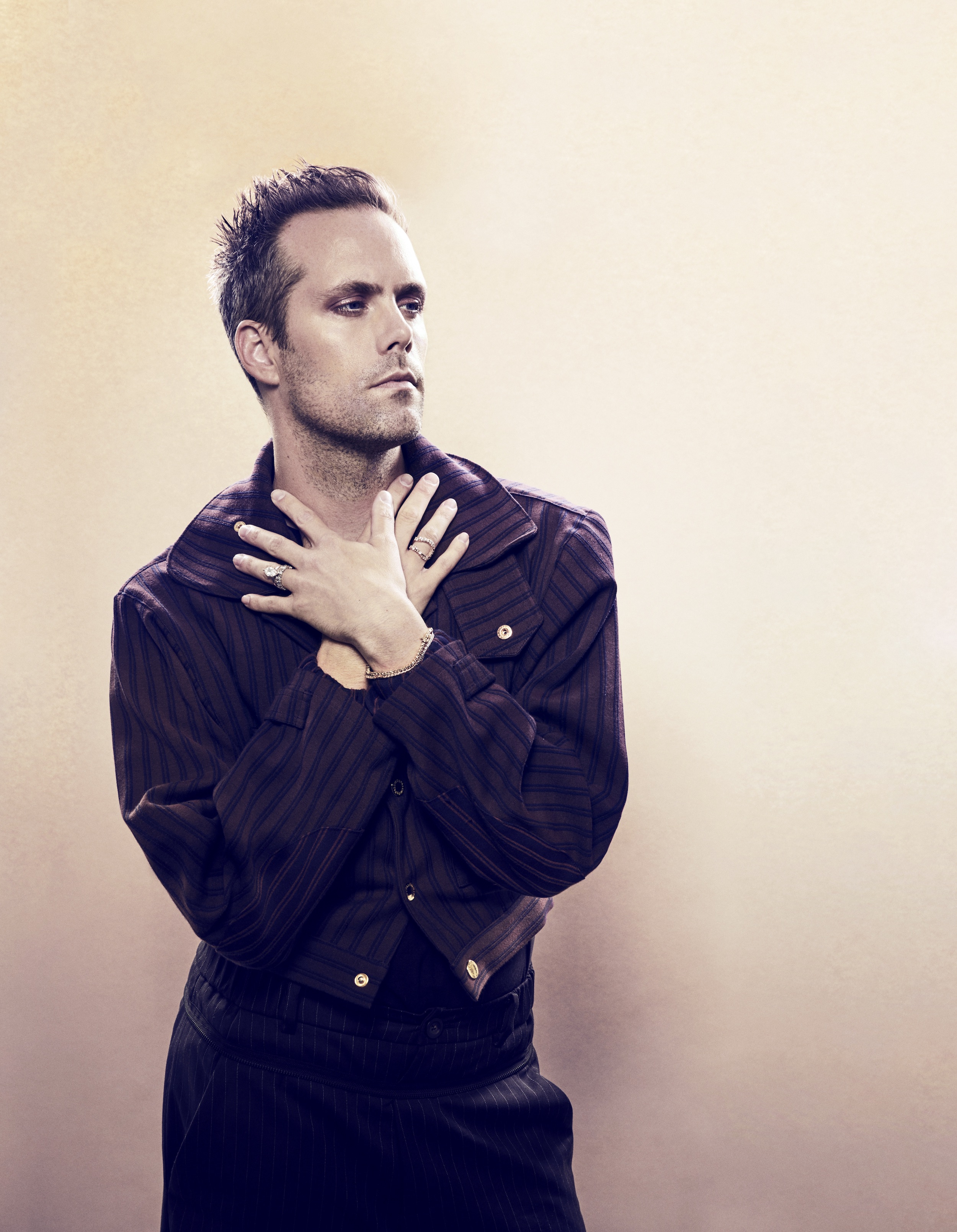 If you’ve ever listened to the radio, you’ve heard Justin Tranter’s work. They are a powerhouse in the music industry writing everyone’s favourite songs from the diamond-certified "Sorry" (Justin Bieber) and "Believer" (Imagine Dragons), to "Lose You To Love Me" (Selena Gomez) and "Bad At Love" (Halsey), the list goes on and on. Oh yes, and Justin toured with Lady Gaga around the world in their own group, Semi Precious Weapons.
‍
Justin uses their voice not only to write chart-topping songs, but they are also a board member of GLAAD and a strong advocate for climate and social justice.
‍
WeAre8 CEO and Founder had the opportunity to chat with Justin and we are truly moved by their strength, commitment to elevating others, and might I add insane talent. (I mean look at their discography…)
‍
Resilience and strength.

Justin grew up in the suburbs of Chicago and in typical fashion, being different was not a good thing. Justin experienced extreme bullying and harassment in middle and high school. To save their mental (and physical) health, they transferred to The Chicago Academy for the Arts. Literally upon walking in their mind was blown as in one eyeful it was “diversity of every kind, racial diversity, gender expression diversity, sexual orientation diversity, fashion diversity”. People living their truths, being able to express themselves (and feel safe), and therefore igniting their true talent and thriving.
‍
This feeling of safety and encouragement from teachers, peers, and mentors ignited their journey into the music scene, becoming a rock star, and to become a top-selling songwriter and producer.
‍
Yes, I said rock star. Justin’s rock group Semi Precious Weapons toured all over the world with them as the frontman before shifting gears to write songs. Touring with Lady Gaga and expressing themselves on such a large stage was just the beginning of exposure and being a queer voice that is heard by the masses.

The brilliant things Justin has done for the LGBTQ community is nothing but transformational. At The Chicago Academy for the Arts they initiated an annual AIDS benefit and at Berklee College of Music, they founded Musicians With a Mission, a scholarship fund for LGBTQ youth education.
‍
Justin joined the national board of directors for GLAAD in 2017. Justin was in Miami with Selena Gomez writing songs whilst she was on tour when the Pulse Nightclub shooting happened in Orlando. They stopped writing for the day and they headed straight to Orlando, went to the LGBT center and started to buy water and sunscreen to distribute to the massive lines of blood donors.  It was there that they met the President and CEO of GLAAD, Sarah Kate Ellis, and Zeke Stokes, the Chief Programme Officer. Alongside Julia Michaels, they wrote the song "Hands" with featured Gwen Stefani, Britney Spears, P!NK, Kasey Musgraves, and more to fundraise for Equality Florida Pulse Victims Fund, GLAAD, and the LGBT Community Center of Central Florida. Their favourite lyrics from the song that are still so relevant now is “If a million hands can build a wall. A million hands can break it down”.
‍
Justin organizes an annual #SpiritDay concert, which raises funds for GLAAD and LGBTQ youth by featuring songwriters from the community and celebrating and elevating their work. If you don’t know Spirit Day, it a day in October when millions wear purple to show solidarity and support LGBTQ youth. This event “created a stage where the biggest executives in the music business have come 3 years in a row and seen that LGBTQ people are not only amazing songwriters but [we] are making all of [them] money”
‍
Justin co-founded Facet House in 2019. Facet is both a label and a music publisher, has a special focus on artists of colour and LGBTQ artists. Giving a stage to “who deserves it”... “it’s the right thing to do, but also they’re the best”.
‍
I could keep talking about the brilliant things Justin has done for the music industry, LGBTQ community, and elevating diverse voices for days because it’s all insane and transformational. So just watch the full interview and follow them on Instagram, @tranterjustin.

The fight for human rights is a fight for our planet.

Justin closed out the interview with this statement to share with people that has not left my brain since watching the interview for the first time.
‍

When we call on governments, corporations, and world leaders to listen to us and prioritise the health of our planet we can ensure a just, safe, more equal planet for all.
‍
Be kind, be unapologetic, be authentically you and support those around you to make the world a better place so we can blast Sorry by Justin Bieber in peace. I’ll leave it there.
‍
If you haven’t checked out Justin’s Instagram, be sure to give them a follow and stay up to date with their new releases, unite in support of causes, and use your voice to create good in the world.
‍
Learn more about GLAAD and #SpiritDay happening on October 15th.
‍
Watch Justin’s full interview on the WeAre8 Youtube channel.

Back to community blog